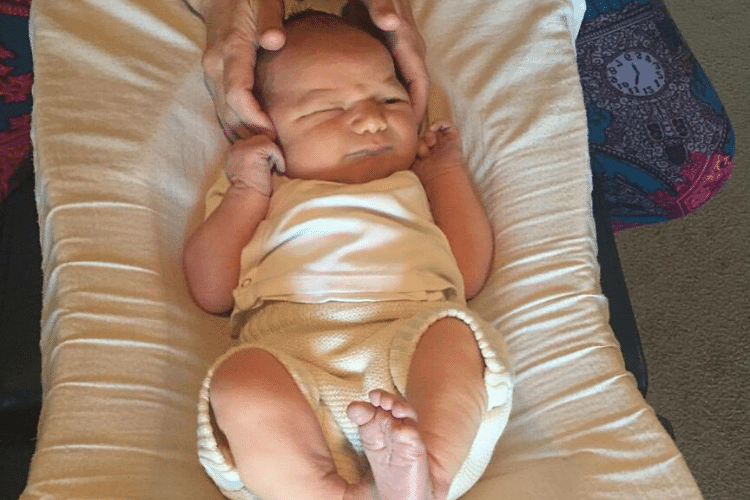 I’ve been wanting to write this post about how chiropractic saved my son for quite some time, but I just kept putting it off and putting it off. I don’t think there are very many people in my life who know this story, and I still have some hesitation in writing it.

Because of what they’ll say.

You see, I’m a chiropractor. I’m quite knowledgeable about medical care. I’ve been trained just as well as medical doctors. But sometimes words and actions from family make me feel like I don’t know anything…or at least that they don’t trust my . I still cry over the words one family member said to me over a completely different health matter than what I’m writing about today.

I “don’t know everything.”

So even though my family may say nothing at all, my mind thinks they will…because words in the past have hurt me.

But it’s time to write it, no matter what is said. Because I’m his mother. And because it may help someone else.

Preparing for a Natural Birth

As a chiropractor, I try to make healthy, natural, and holistic choices in my life and instill that philosophy in my children’s lives as well. It’s no surprise that I would also choose those options for birthing.

I had a wonderful team of midwives who saw me throughout my pregnancy. One was my midwife during my first pregnancy, and the other I was transferred to due to backup doctor conflicts with the first midwife.

Now that I’m a little more experienced in the holistic health care world, I know I could’ve used a variety of different homeopathic remedies to uproot completely.

I had a less than pleasant experience at the hospital during the birth of my twins, so I was committed to having a home birth with this child.

We rented a birth tub so that I could attempt a water birth, or at least be comfortable through most of the birthing process. I’m still blown away at how much this helped my comfort during labor.

I was getting adjusted frequently by MY chiropractor throughout my pregnancy to make sure my body was functioning optimally for the best baby positioning and birth outcome.

The Days Leading up to the Birth

This little boy decided he was comfortable and wanted to hang around until 41 weeks and grow to a massive 10 lbs 8 oz.

Prior to the birth, everything was going well. He liked to flip posterior every other check-up with the midwife, so we knew he had plenty of room to move around. He had a strong heartbeat. And he was growing like crazy. I even worked adjusting patients up until 39 weeks.

I was having fairly regular contractions during the last week of pregnancy. Some made riding in a car almost impossible.

The day I went into labor I don’t think I even really knew I was in labor. I was having a few more intense contractions, so I figured I’d try to walk around the neighborhood. After passing just 3 houses, I told Brent we needed to go back to the house. I just couldn’t do it. I was not comfortable at all.

So back home we went. I retreated to my room to lay down for the evening thinking I should get some sleep in case the baby decided to come the next day. Doing that wasn’t comfortable.

I sat on my exercise ball. That wasn’t comfortable.

Finally, I told Brent I wanted to get into the birth tub. I had told him in the previous weeks not to let me get into the birth tub during labor until I was at least 5 cm dilated. I wanted my contractions to get stronger, not slower. So he tried to keep me out even though we had no idea how dilated I was, but it was about midnight and I was tired. I didn’t care if they slowed down because I thought at least I could get some rest.

So into the I went. And little did I know, I was about to be thrown right in to active labor.

I was able to tolerate the birth tub and my contractions for about an hour. Then they began to get more frequent and more intense. We called the midwife who lived an hour away and let her know what was happening. She instructed us to call back when I was physically unable to talk anymore.

We hung up and within a matter of minutes, my body went from uncomfortable, to PUSH!

Brent called the midwife again, and she talked me through deep reverberating sounds to help me relax and NOT push. Then she hopped in the car and drove well over the speed limit to get to us in just under an hour.

LONGEST HOUR OF MY LIFE!!!

Do you know how hard it is NOT to push when all your body is doing is pushing?

Once she came in, she gloved up and went to check me and said:

Ok, you can push with the next contraction!

He was ready. And out came his head with just a couple of pushes. No “ring of fire” or anything other than relief of the pressure. And with the next contraction, out came…

So what came out next? Kristi. I was pulled right up out of that birth tub and onto the floor.

Hand after hand trying to get him out…NOTHING.

boy was stuck. As a matter of fact, he had turned posterior again and squared up his big shoulders evenly within my pelvis. I guess he was already living up to his namesake, Peyton Manning. Doesn’t he know that’s not how it’s supposed to work?

Over 7 minutes of trying to get this boy out led to the midwife and assistant midwife’s last attempt before calling an ambulance. So in they went, with all four hands and finally…

He was out. Thank goodness! But he wasn’t breathing.

They laid him on my chest. They patted his back. I rubbed him from toe to head. We slapped at him. They suctioned him. They rolled him over. We yelled at him. Nothing was working.

Brent was pacing. In I think. Praying. And pretty sure he was asking himself what I had done. Maybe even asking himself why his wife thought she could even deliver this boy at home…with midwives. He felt helpless.

Me? I was abnormally calm during the whole situation. While seeing Peyton lying there lifeless, I wasn’t afraid. I knew he was still attached to the cord. I knew the placenta hadn’t been delivered. He was still getting oxygen and blood. I just didn’t know why he wasn’t responding.

But in one little instant, this sweet voice inside of me said:

You’re a chiropractor. Adjust the boy.

It was God. There’s no denying that. I heard Him loud and clear. Never before and never again have I heard Him as well as I did that day.

There Peyton lay on my chest, face down, lifeless. I checked his atlas, adjusted him with a small little push, and within a matter of seconds he was breathing.

Life. Sweet beautiful life. I gave this boy something no one else in that room and no other doctor could have given him. Life…through the power of a specific and gentle chiropractic adjustment.

And that, my friends, is my chiropractic “WHY.” It’s why I AM a doctor whether anyone else thinks I am or not.

Are you pregnant and want to find a prenatal chiropractor to be on your birth team? Please reference the International Chiropractic Pediatrics Association website to find a pregnancy trained chiropractor in your area.

Thanks for reading. I’d love to hear your thoughts and your birth stories. Leave a reply in the comments at the bottom of the page.

Pin it for later! 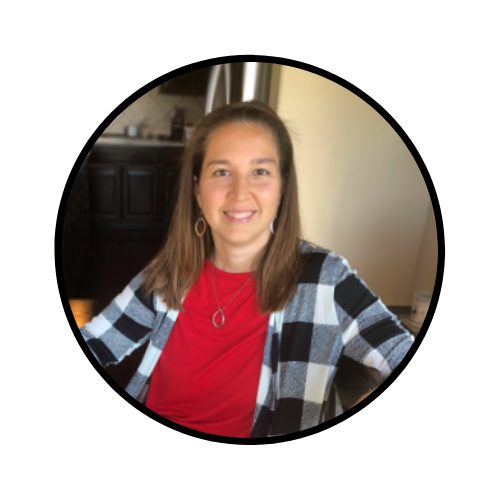 Hi! I’m Dr. Kristi. I’m a wife, mom, and alternative health care practitioner. I like to live a little differently and go against the grain.

I consult with people of all ages who are looking to ditch the drugs and seek alternative methods of healing from acute and chronic health conditions. I’m also pretty passionate about teaching others how to live healthier, happier lives by incorporating nutrition, natural remedies, minimalist ideas, and much more. 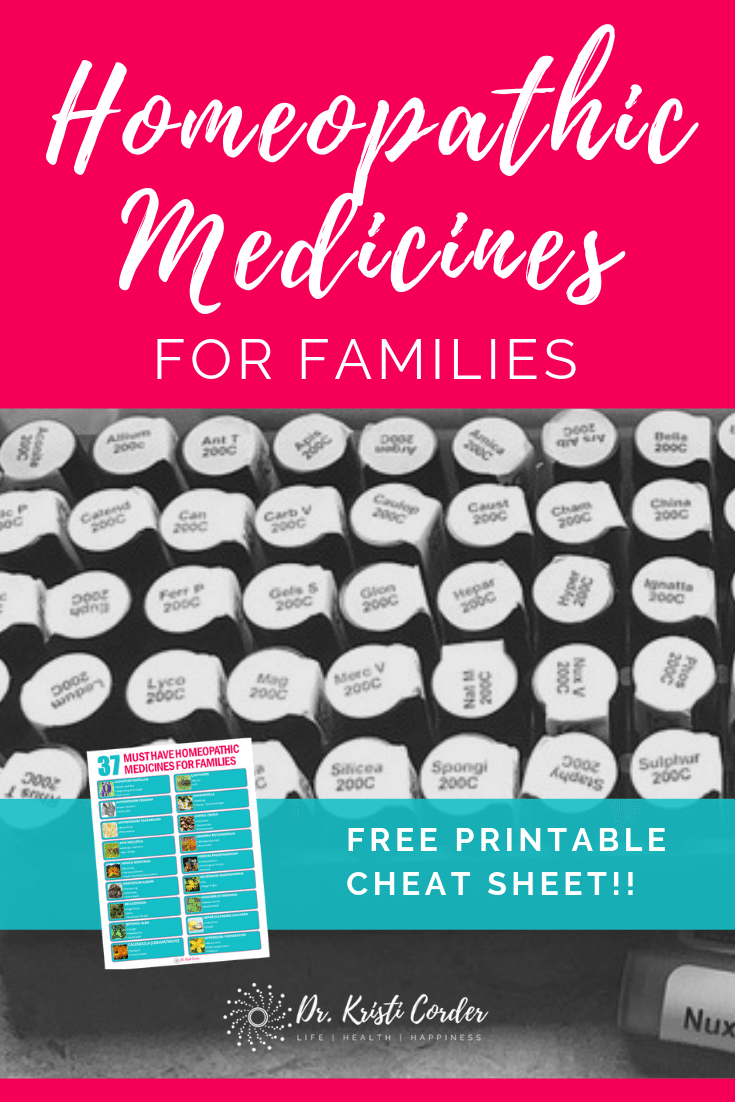 Disclaimer: The entire contents of this website are based upon my own opinions unless otherwise noted. I am not a medical doctor and the information on this website is not intended to be a substitute for professional medical advice, diagnosis, or treatment. It is intended as a sharing of knowledge and information from my research and experience. I encourage you to make your own health care decisions based upon your research and in partnership with a qualified health care professional. If you are pregnant, nursing, taking medication, or have a medical condition, consult your health care professional before using products based on this content.

The information on this website has not been evaluated by the FDA and is not intended to diagnose, treat, cure or prevent any disease.